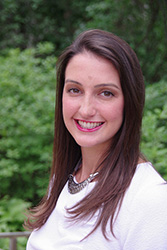 Kevin graduated from the University of New Hampshire in 2015. He was a two-year captain for the Wildcat XC and track teams, holds three school records, and won multiple America East Conference and New England championship titles. Following UNH, Kevin was the assistant coach for XC/track and field at Regis College in Weston, MA while earning his Master’s Degree in Special Education. He helped the Regis women capture the school’s first ever NECC XC Championship and saw several athletes rewrite the school’s record book in events from the 800 to 10k. Kevin currently works at Lincoln-Sudbury High School and is the boy’s head cross country coach. He trains post-collegiality with the Battle Road Track Club and has personal bests of 1:50 for 800m, 4:00 for the mile, and 14:34 for the 5k.